I’m a new streamer on Twitch and I also just started using Wizebot. I’m having trouble with the currency on the Wizebot. I have already uploaded a png that is 150x150 for the currency sign but it is still not showing. How do I do that?

Also, when viewers request songs, I need the song player to be open for the song to start playing? And is there a way for the streamer to not hear the song at all? It is distracting when playing the game.

@frozenkuku ,
nice to see you here

and thank you for your Question!

I hope I understand your problem correctly. Please write me if it works like this.

Sry, for my bad English

. I am from Germany!

Just for Info, I’m not

from the Wizebot Team!
Hope I could help you

. If there are any Questions

Yes I’ve tried uploading an image that is 150x150 PNG. It doesn’t work. Is there no way to add a custom image for the currency logo? What if it is not a Twitch Emote?

Also, can you help me with the rank system? I’m trying to customize the rank / level system but I can’t find where to do it.

@Panda279TV Can you give us an example of where that PNG is used once uploaded? I thought it was on the store page, but I can’t find an example. Is it only for overlays? The wording on that panel doesn’t tell us where it’s used, but implies that it will be used everywhere.

@frozenkuku The rank/level system is here It is still only on the old panel, so it’s understandable that it was difficult to find.

I don’t know anything about the song request system, but Wizebot won’t be able to control the audio on your system. I’d suggest trying to find a way have the song play into a channel that your streaming software will accept as an input, but won’t play on your headphones. Virtual Audio Cables will probably help, but this entire topic is outside my ability to help you with.

@lochiel ,
nice to see you here

and thank you for your Question!

I misunderstood the above a bit. Excuse me!

This will not be displayed in the chat.
Wherever the picture lands, I can not say exactly. I would have to search too long and look at everything.

And at the the sign of your currency:
“You can use a letter, a Twitch emoticon or even an emoji (

Below I added an example with pictures. 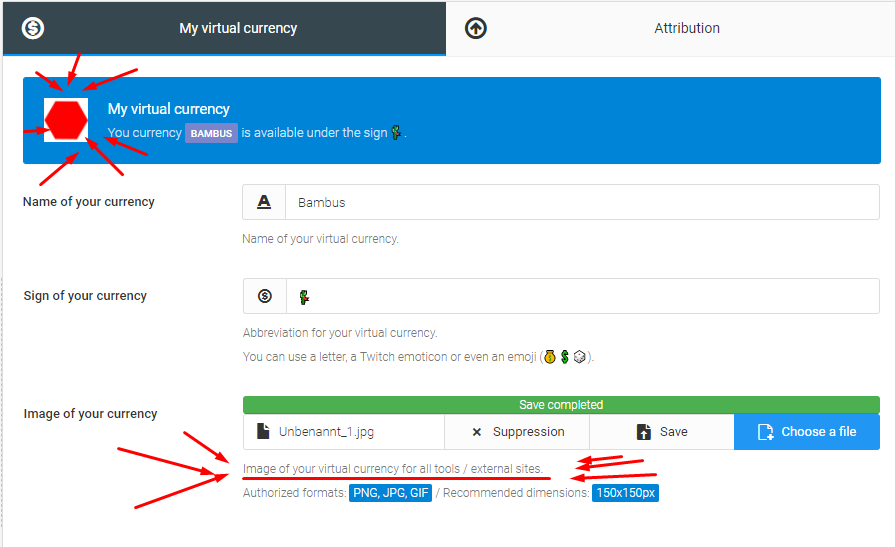 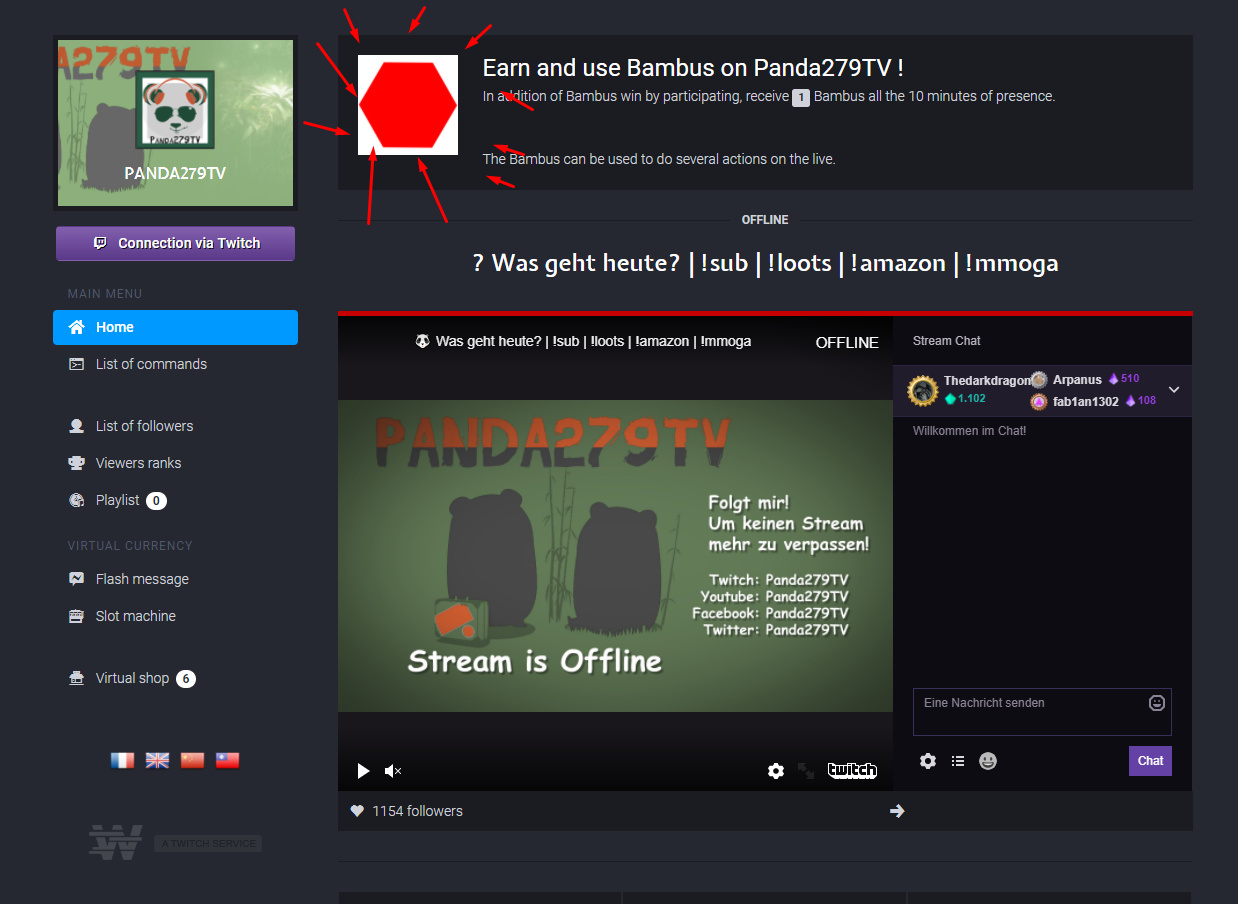 Sry, for my bad English

. I am from Germany!

Just for Info, I’m not

from the Wizebot Team!
Hope I could help you

. If there are any Questions

@Panda279TV Thank you for your response! I had missed the explination about where the image was used! Thank you for clearing that up